How Not to Pack for 8 Months Abroad 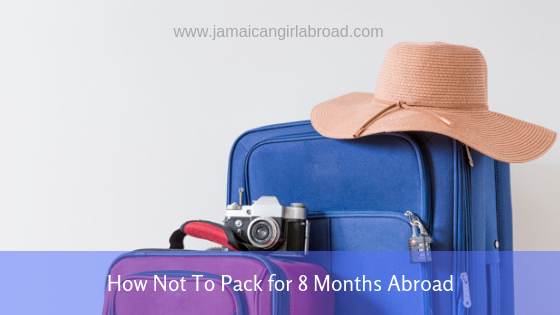 Every time I approach the check-in counter for a flight I secretly pray that I will have some good karma for all those overweight bags I let slip by on my watch while working the check-in counter in my former life as an airline agent. So far, the universe has been kind. (Knock on wood to keep the good luck flowing).

As I struggle to pack this suitcase yet again and dread the airport check-in process, only because I’m secretly hoping for a good samaritan check-in agent, I can’t help but marvel at how I got here. How did I end up in this mess? Why must my bags always be overweight? What memo did I not get or read?

Then it occurs to me. I’ve clearly ignored all the rules of longterm travel and opted to do my own thing. And this is what it gets me. So should you decide to take an extended trip abroad don’t let this happen to you. Here’s how NOT to pack for your trip.

1. Use rolling suitcases instead of a backpack like a sensible long-term traveler.

Because it’s hard to look sexy while hauling around a 50lb backpack. And well, it just isn’t your style. And that’s ok. Plus, who doesn’t want to fight with a rolling suitcase through the streets of Bangkok or on a train to Chiang Mai? Heck, in Tokyo everyone does it (let’s not mention the fact that they all have 1 rolling suitcase while you have 2 – your checked bag and a carryon). But who’s counting?

2. Insist that everything fit inside a medium suitcase bursting at the seams, even though you have more than enough stuff to fill a large suitcase.

Because you want to convince yourself you’re cut out for this you’ve opted for a medium-sized suitcase. A large suitcase is just too big. Except that it’s not. And it would be better suited to the wardrobe you’re lugging around in a too-small suitcase.

Because convenience stores in foreign countries don’t sell deodorant and other items important for hygiene. And because you never know when you’re going to need that third toothbrush or the 100 count pack of cotton pads you got at Walmart for $1. It was practically free!

Because of course, you will need that one pair of heels. Just in case. And well, three pairs of sandals is hardly enough so there’s nothing wrong with that. And don’t forget how functional boots are. Surely you will have need for them in Asia. Right?

Because of course there’ll be a party that requires sequins and then you’ll be all set. When sequins make a comeback on the runway you’ll be the only traveler on Gili Island in Bali who is current and on point with the trend. Go you!

5. Pack that pair of white pants you just know you’re going to get to wear once you make it to the right country with the right conditions.

Still haven’t found it yet but don’t lose hope. There is a country somewhere in Asia (or maybe it could be Australia or New Zealand) that will create the perfect conditions for a pair of wide-leg white pants. Fingers crossed.

Then you will end up having to give some to the homeless, mail some to your friend in the Philippines who you will be visiting in a month, all the while still managing to have overweight bags and end up paying baggage fees on every flight. Well done.

7.  Take a 3lb tripod instead of a lighter one.

Because when you bought your tripod initially you bought it for your home studio and didn’t plan on traveling. Then in the spirit of being frugal, you decided to stick with it instead of buying a lighter tripod because you’re into counting pennies while losing dimes. You’re that kind of gal. 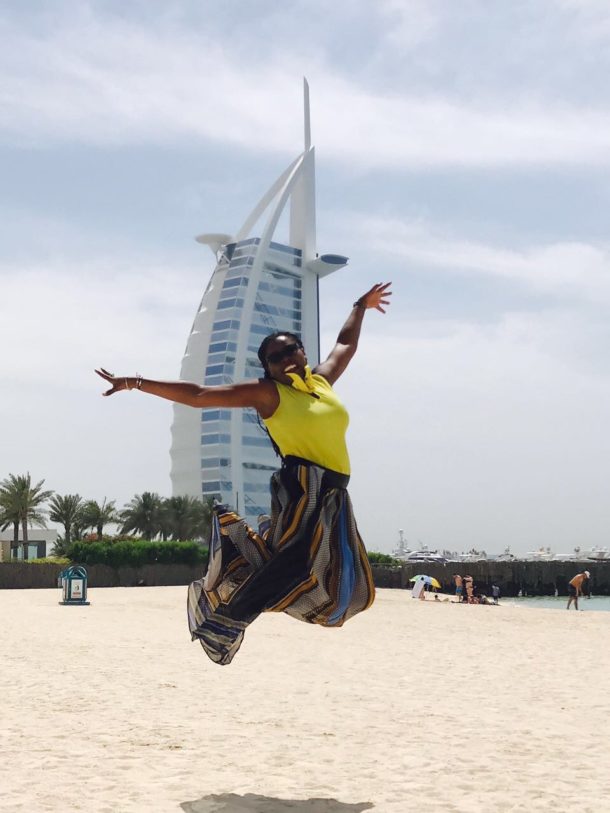