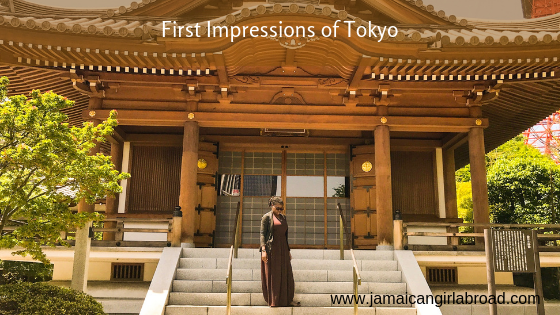 I began this post as I prepared to  sit through the eight-hour bus ride from Tokyo to Fukui on Tuesday night (May 1st). It was an ideal time to pause for a bit of reflecting. Japan has been interesting. For starters, I spent the first 4 or so days in bed at my hotel in pain, so not much sightseeing happened. (If nothing else I’m learning to roll with the punches because things seldom if ever go according to plan). There’s a Jamaican saying – ‘Man a plan, and God a wipeout’ which bears glaring similarities to the saying “Man proposes, God disposes,” though our version is that much more colorful 🙂 .

I landed in Tokyo on Monday night and checked into my hotel jetlagged and exhausted. Tuesday morning brought with it high expectations, which I’m sure I don’t need to tell you weren’t exactly met. Funny how that happens a lot with expectations. 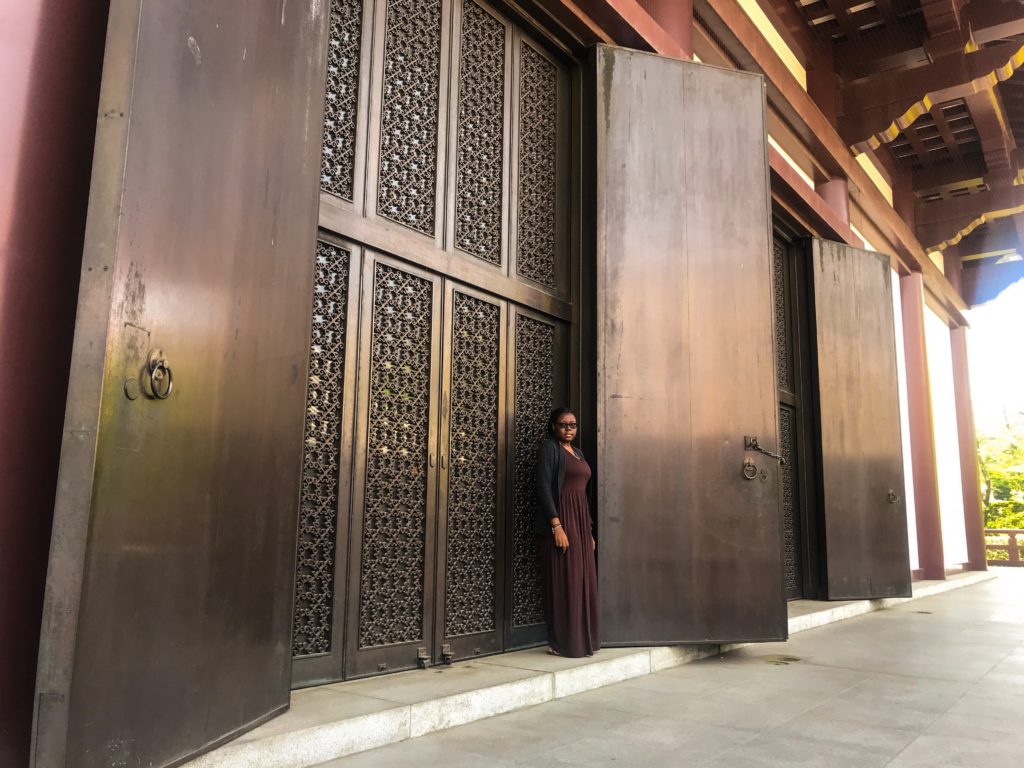 Standing along the side of the Zojoji Temple next to the majestic doors. Tokyo, Japan

Anywho, week one schlepped by (is it okay to use that word?) then week two happened. I felt better, handled the train like a boss (this is after a minor mishap on day one), and managed to see some sights. And man, did Tokyo have lots to offer! 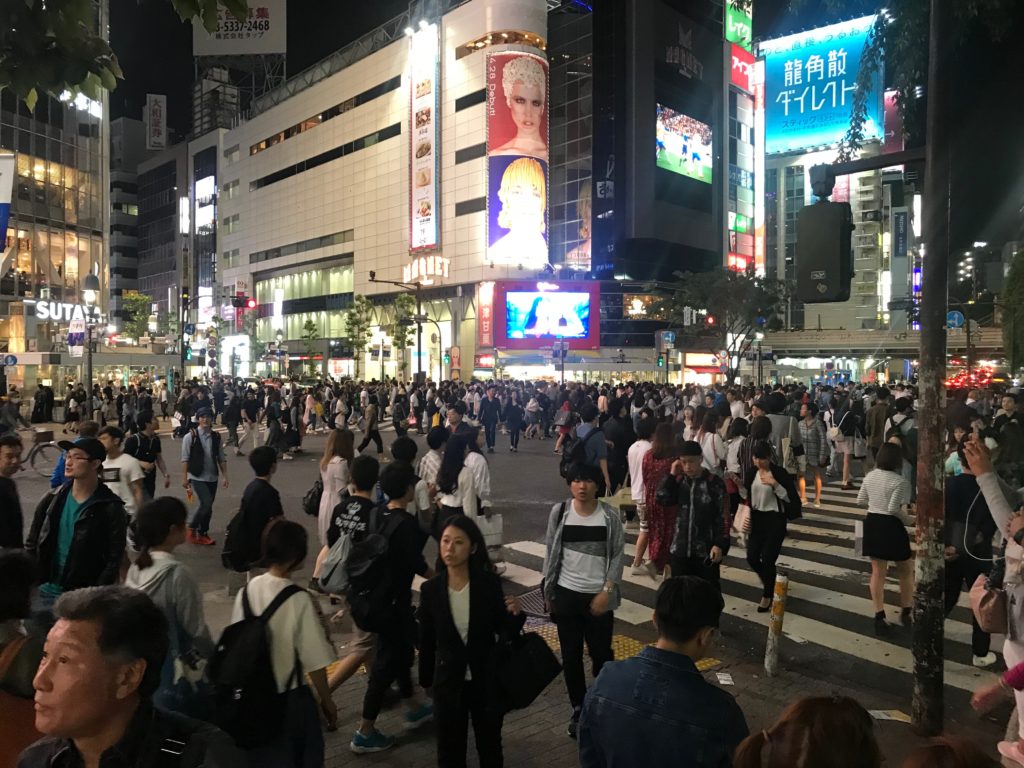 Japanese are among the most disciplined people anywhere

I read this on several blogs I follow but I was not prepared. From the notices on the trains to put cell phones on silent and refrain from having phone conversations so as not to disturb others, to the seemingly excessive apologies for something as simple as not being able to read an English address and help me with directions (true story), the Japanese really are a society of disciplined and well-mannered individuals.

This also means it’s super safe. Women frequently walk alone at nights undisturbed. As did I (of course, still maintaining my western sensibilities and awareness just in case. But it really wasn’t necessary).

In restaurants, I’d literally leave my phone and purse to secure my table with no worry about whether or not I’d see it when I get back. (Now I just need to remind myself this is not the way of the world so I don’t act crazy in the next country I visit.)

I have spent more time consuming raw fish in Japan than I’ve spent engaging in any other activity. True word. The sushi is amazingly fresh and melts in your mouth. And what’s better than sushi? Affordable quality sushi of course. Sushi may be an Asian-wide specialty, but the Japanese have surely figured out how to do it right. 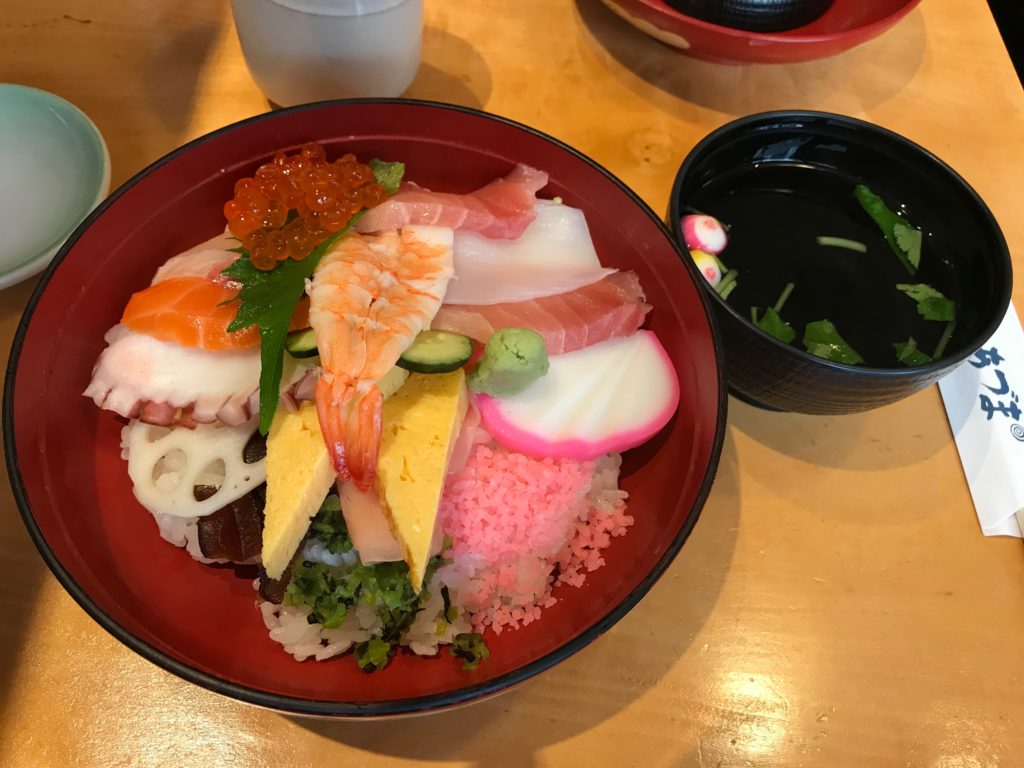 And of course, I could not conclude a discourse on Japanese food without making mention of glorious noodles. And street food in general. Around several of the temples and tourist attractions, there were street vendors selling various meats grilled on a stick (chicken, beef, squid, clams), stir-fried noodles, and a host of other local specialties, most of which went for 500 yen on average. I certainly had my fill.

Language Can Be a Challenge for Westerners

If you’ve only been exposed to English and the likes of French, Spanish or other languages with similar structures and rules, Japanese will throw you for a loop. There are no familiar sounds to infer meaning from so everything came down to context and gestures. The first few days were rough, but I pushed through. While some restaurants have English menus I found myself in a few that did not, forcing me to order from pictures (an experience I highly recommend). Subway stations and street signs all had English and route maps were very clear. In instances where I had a hiccup, Google Translate proved to be my best friend. I downloaded the Japanese dictionary so the app would work offline. This was super useful when I couldn’t connect to wifi but still needed to communicate.

As for what to do in Japan, that’s another post (bear with me. I know I have some catching up to do). It’s coming though, I promise.

In the meantime, I’m curious? What should I write more about? (The sights, travel tips, my experiences, random reflections, and ramblings on living your best life…) Let me know in the comments.